How to read Lacan?

Very likely, in the genuine jungles of various amazon publications, the speed of understanding Psychology & Counseling category leads straight to zero points. Somehow an indestructible text-brain barrier has already developed into Great Chinese Wall to slow down any perception of academic texts while stepping into the woods of authors in psychoanalytic field theories. Apparently, that so-called ‘reading’, this to-go-mental process is the central enigma that makes it all complicated. It is hard to start off even browsing the book abstract online while many nerdy words, twisted bottles, comments, quotes, reviews pop up all the time confusing more than telling something exciting at any rate disregarding the college or university degree behind to provide helpful insight in reading. Besides, any book, in general, is a killjoy if the whole meaning is out of one’s reach.

“Let’s face it: Lacan’s Écrits, one of the classical texts of modern thought are unreadable – they remain impenetrable if we just pick the thick volume up and start to read it. Neill, Vanheule and Hook provide what we were all waiting for: a detailed commentary which does not aim to replace reading ECRITS but to render it possible.
The three volumes do wonder, their effect is no less than magic: when, after getting stuck at a particularly dense page of Écrits, we turn to the corresponding pages in the commentary and then return to the page of Écrits which pushed us to madness, the same lines appear in all the clarity of their line of thought.
It is thus a safe prediction that Neill, Vanheule and Hook’s commentary will become a kind of permanent companion of the English translation of Écrits, indispensable for everyone who wants to find her or his way in its complex texture.”

This is madness pushing us into a total abyss — reading, studying post-post-modernistix literature line by line blowing the heads off.

Then the Oedipus question is intact.

So I’m going to make some opening remarks, because you see I…

we really have to hammer this thing out, because

this is not a story that can be retracted.

Going back to moi roots, let’s hammer out the Oedipal question.

Introductory paragraph dedicated to post-modern writings may seem tedious. Well, memes, furthermore texts are challenging to interpret in the beginning. Whatever it’s an exceptional opportunity to skim out the layers of Oedipal myth opening the maze of walkways, in quest of secret doors where pictures are the first advance. No more blind faith in texts. A daring tour over the Wikipedia folios on mythological world views collected from different regions will support the identification of the ultimate Oedipal question ‘Is Father Real?’.

dedicated to Lacan in China

Some myths present a chronology of prehistoric times, many of these involve a culture hero who taught people how to build houses, or cook, or write, or was the ancestor of an ethnic group or dynastic family.
Mythology is intimately related to ritual.
Many myths are oral associations with ritual acts, such as dances, ceremonies, and sacrifices.

One notable feature of Japanese mythology is its explanation of the origin of the Imperial Family, which has been used historically to assign godhood to the imperial line. The title of the Emperor of Japan, tennō (天皇), means “heavenly sovereign”. Note that Japanese is not transliterated consistently across all sources (see spelling of proper nouns).

Korean mythology (in Korean: 한국 신화 (韓國神話)) are the stories passed down by word of mouth over thousands of years on the Korean Peninsula and only written down in historical times.[1] These stories serve as creation myths about the world and origin myths about nature or the social world. Korean myths are often localized and concern specific villages or clans.[2]

Many ancient Korean shamanistic myths were lost following the rise of Confucianism, which stressed pragmatism and rationalism. Only a fraction of Korean myths believed to have existed in ancient times were ultimately documented by Confucian and Buddhist scholars, many of whom modified the stories to fit within their own belief systems.[1]

Illustrations listed above are elegant, full of peculiar details, some of them, obviously, appear to be more kawaii than any other mythological representation ever reprinted in fairy tale stories books.

The bars are temples but the pearls ain’t free

You’ll find a god in every golden cloister

And if you’re lucky then the god’s a she

Klein’s bottles deluged into the contemporary look inside online books addressed to the topological and mathematical approach in psychoanalytic knowledge. Yep, pictures, figures are prominent sources to examine and study Oedipal’s complexity (toxicity).

Thought the Möbius band was divine.

Said he: “If you glue

The edges of two,

Asian cultural legacy as an outrageous example will guide and uncover the reason for frequent usage of this twisted topological form. Yet again a more brief investigation into a few drawings previously presented.

The picture is not terrifying nor confusing unlike the Freudian Oedipal myth recounted shamelessly about the mad king and his violent deeds.

The man is holding a blank paper. To be precise, it is an unrolled bleached parchment white as basmati rice, not any droplets of ink brushed the surface nor written messages for the viewer scribbled at all. He too has the skin of lighter pigment than the population of South-East Asian region on average. The man has an authentic outfit, chic cap.

Then, after a few simple words of praise on this remarkable piece of art, allow your eyes to turn back on the fear of algebra. 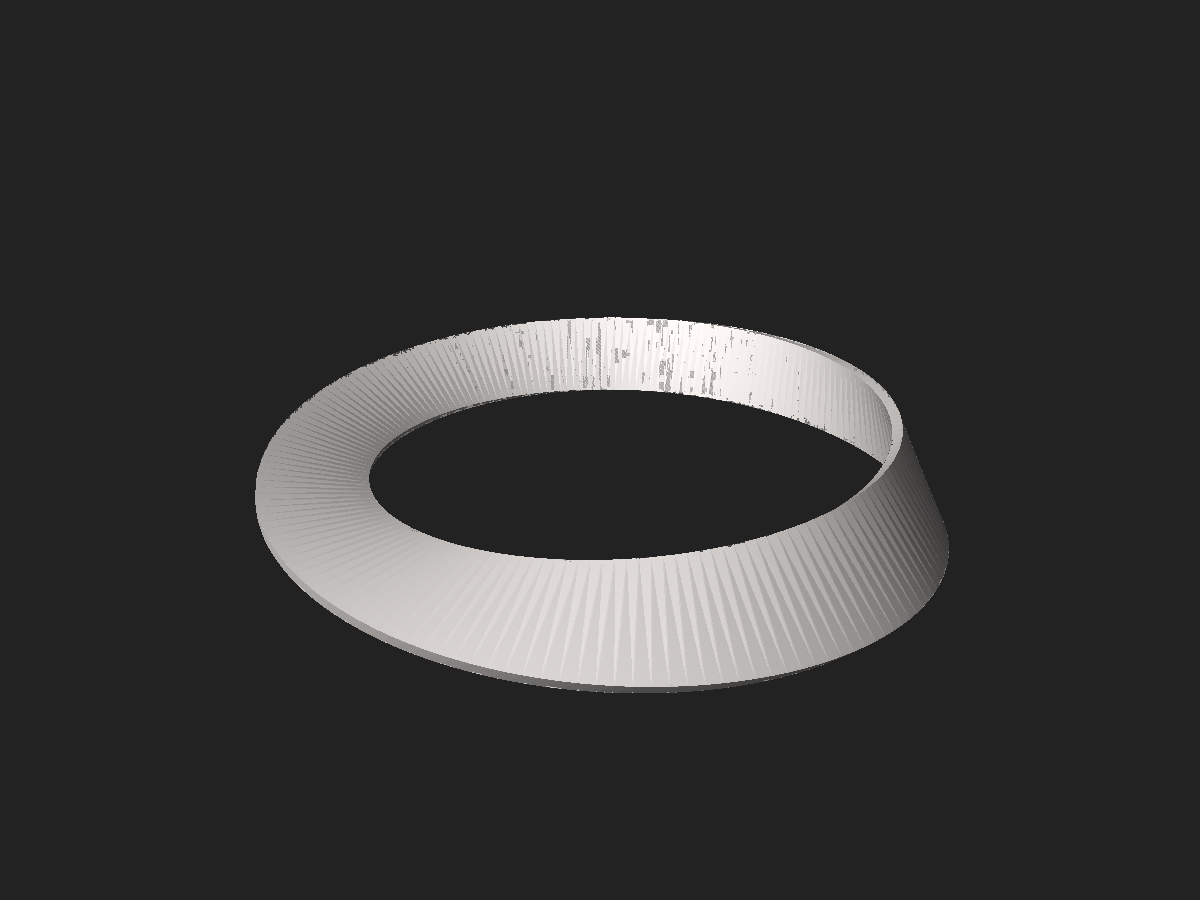 The image of a man, sitting on the bamboo floor, quickly reassembled and reconverted into the Moebius stripe.

The scroll exposes a snippet of Moebius stripe figuratively. There is no even a stain of a hieroglyph left on the parchment, but nearby lies a massive pile of sheets occupying a former in-use table for the tea ceremony. Papers ready to be employed into large pieces of kinds of … any literature, soon, printed for masses in millions of copies.

For some general historical information, in the year of 1858, the Moebius stripe was brought to life to (by) the scientific community. The waves of deductive reasoning in topology distributed virtually hand in hand as ‘the Middle Class in Joseon’ established in 1853 on the Korean canvas. This is not a mystery. It is a logic being actively implemented into any kinds of works when discoveries or other actions happen nearly concurrently.

So in view of this picture, lounges a warning sign on all the activities related to working with text. Also, this all around the globe, the vicious cycle of text-production has been ultimately accustomed for the middle class.

The first topological dive into the illustration of Korean class of the Joseon Dynasty furnished in no significant characters usually distinctly pictured in mythological representations of deities like emerging Japanese Amaterasu placed in the centre wearing the luxurious kimono, peacefully watching Her Japanese Universe.

The ‘privileged class of commoners’ designed in a neutral style. Damn, these guys are pale and dull. The only movement intercepted comprises holding a scroll in the right corner. The central figure in action gently migrated to the right side part of the picture. Furthermore, the Oedipal problem moved to the Asian region invading with low-cost goods from Alibaba, leaving no chance for breathing fresh air in China.

So what is the importance of Oedipal myth again? It is about holding one specific funny knowledge – ‘There is no Real Father.’ There is no need for creating non-stop as bees produce honey, a cow gives the milk. Well, people are not animals to work all week long.

Somehow, little by little, humankind messed up with the invention of writing systems and now the problem of producing more and more goods, the sadistic demand to be ‘creative’ and ‘smart’ will fuck up the bright expectations of the future.

The problem humanity now meets is the inability to stop the educational process. Many children holding a pen at school learning something allegedly important – the insensible knowledge-shift concerning Real Father then caged in Matrix writing an essay to pass an exam for the college-knowledge.

The Oedipal dilemma is about crushing it, deconstructing any stupid machinery barriers between people trapped in acting outs. Finally, dodge this Oedipal question into speaking and finish that boring weekly reports in 15 minutes without procrastination.

psychoanalyst View all posts by withdieselpower